The Kindle e-reader is designed to replace paper books. Towards that, the E Ink display offers a feel that is the closest it can be to print on paper on a digital device. Then there also are a host of other convenient features that can make an e-reader an ideal replacement for paper books. Not surprisingly, the method to add books to the Kindle device is as easy as it can get. This way, you can rest assured, that you will never run out of fresh content to consume and enjoy. Mentioned here are the various ways to add books to the Kindle e-reader.

A great book should leave you with many experiences, and slightly exhausted at the end. You live several lives while reading.

Amazon currently offers three main Kindle models. There’s the base model Kindle without any extra features, the mid-range Kindle Paperwhite for most people, and the top-of-the-line Kindle Oasis with a large, beautiful e-paper screen. All of Amazon’s e-readers serve their purpose well and last for many years.

A shared feature among the current Kindle lineup is the internal storage, which is more or less the same across all models. You get an 8GB option for every Kindle and a larger 32GB variant for the Kindle Paperwhite Signature Edition and the Kindle Oasis. Unless you own the maxed-out Oasis or the Paperwhite Signature Edition, you don’t have much space in your Amazon device.

Football. Football. Football.  The world is dominated with football as the sport grabs the frontpages as well as the back pages of the newspapers. This leads to a lot of interest into many different aspects of footballing life whether that be the success of a manager of the downfall of a player; it is unrelenting.

This has led to many footballers and football managers releasing books about their time in the game which opens up a lot of information that you may not have known or wanted to know more about. For example, training ground bust ups, betting history of players (www.newbettingoffers.co.uk) or even talk in the dressing room. All of this provides insight into what we may not have known or people trying to set the record straight.

With an abundance of footballer’s autobiographies which ones stand out from the crowd and has people interested in what they have to say?

The best football manager in the modern era is arguably Sir Alex Ferguson and with his domination of the English game during his time at Manchester United he has plenty to say about his life in football.

After 27 years  at Old Trafford he had plenty of players come and go but also enemies in pursuit of titles. He opens up about all of them and answers many questions that some had about those people who have crossed paths with him along the way.

Stories about David Beckham, Roy Keane, Ruud Van Nistelrooy and Jaap Stam are real standouts of his Manchester United players. However, talk of rival managers such as Arsene Wenger, Jose Mourinho and in particular Rafa Benitez.

Ferguson also expresses his other footballing interests such as red wine and the JFK assasination.

Great for football fans but also great for fans of leadership, motivation and success.

One of the most notorious non-footballers ever to grace the game. In no way does that mean that Pat Nevin wasted his time in the game it means that he did not fit the footballer image especially during the 1980s in the English game.

Nevin is a very forward thinking person, who was once called  “the first post-punk footballer” but he was more annoyed at being labelled a footballer. He talks about his passion for music in the book as well as his passion for activism and politics.

Nevin came from a tough background in Glasgow which he also opens up about. Nevin was cool but did not necessarily fit in at the time with some but he was a hero to many others and a big advocate of the change to the game.

Paul Merson was a superb footballer and he played for Arsenal for the majority of his career. However, he was usually dragged down for his off the field antics. As a major member of the “Tuesday Club” he would often be drinking more than training.

Merson speaks out about the dos and do nots of the life of a professional footballer. It is a truly entertaining read for a man who has sorted out all his alcoholic, gambling and drug addictions. Some of the Do Not Highlights include:

Reading is one of the most popular pastimes, just like playing online casinos new to India, but some people find it very hard to get the motivation to read all the books they have or want to read in the future. Finding that motivation can be challenging but there are some sneaky little tricks that can help you read without the significant effort that you expect it would take to read.

Reading has so many benefits for the human mind and soul that it is almost neglectful not to read as much as you can. However, here are some tips if you are in a lull or just struggling to get going with reading.

Having them with you when you go places still gives you that opportunity. You might be sat in a doctor’s waiting room and be just scrolling on your phone reading mindless social media nonsense when in fact you could be either expanding your mind or diving into a different world.

This is a way of you not really feeling like you are carrying your books around with you and it can be a great way for people who prefer reading off a screen. Buying an e-reader is a great option.

Making a list of books you want to read and keeping it with you when you finish a book is a great way for motivation because you can keep a track of which ones will interest you but also which ones you have read.

Crossing out the book titles does create a great sense of achievement.

Reading with a friend can help because you are doing it alongside someone else who will want to talk about the book. This creates passion for the book you want to read and finish within a time limit.

This can also lead to joining a book club and reading books that you may not normally read but will help expand your horizons and social skills.

This could be talking to a friend like previously mentioned or it could be writing it down for yourself. It is a way of keeping track of what you have read and if you enjoyed the book or not.

If you are really struggling to get going with your reading there is nothing worse than picking up a massive book that looks daunting. So start by reading smaller books and building up your motivation to read even bigger books when you have the “want” to read books.

Who says you have to necessarily read it? Listening to audiobooks is an awesome way to indulge in some of the best books available in this world. It can also be great hearing some famous people reading the books to you such as Stephen Fry with the Harry Potter series.

It is also a good idea to buy the book alongside the audiobook and follow the book whilst it is being read to you.

It is easy to say “ I will read in 10 minutes” but then an hour passes and you still have not read. So if you are able to set some time away in a busy life then you will be able to read more, read well and feel better after reading. 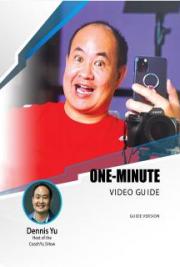